This Is Why I Run – Black Men Run

Black Men Run is an international run group that supports a wide range of abilities and is open to everyone. From first timers to advanced runners, Black Men Run strives to promote increased fitness through a culture of running. Black Men Run Mission Statement: To encourage health and wellness among African American men by promoting a culture of running/jogging to stay fit resulting in “A Healthy Brotherhood”. In this entry, Black Men Run member Ricardo Sandy tells us how simply doing a favor for a friend got him running marathons. Sandy resides in Brooklyn, New York as a father, ex-nightlife promoter, legal assistant, and freelance photographer.

Sandy explains, “Honestly, running is not something I grew up liking or ever thought I would enjoy. During high school I wasn’t the most athletic student and in college I became a ‘gym rat’, working out 5-6 days a week in order to create a bigger, better me minus the cardio…or so I thought.”

MOTIVATION
In early November of 2014 my friend Nyoka asked me to support her on a run she was doing in order to help improve her current health condition. Unbeknownst to me her version of support meant me training and running with her. I committed without hesitation and thanks to my usual impulsive and overzealous competitive mindset I automatically challenged her in order to help motivate her without a second thought – “If you run this race, then I’ll run a marathon!” Keep in mind, I never considered myself a runner, so I totally put my foot in my mouth with that one. With less than 2 months of training, on December 31, 2014 at 11:59 pm in 17 degrees I found myself at the starting line of my very first race in Central Park. Of course Nyoka ran and finished, as did I, which only meant I had to keep running. 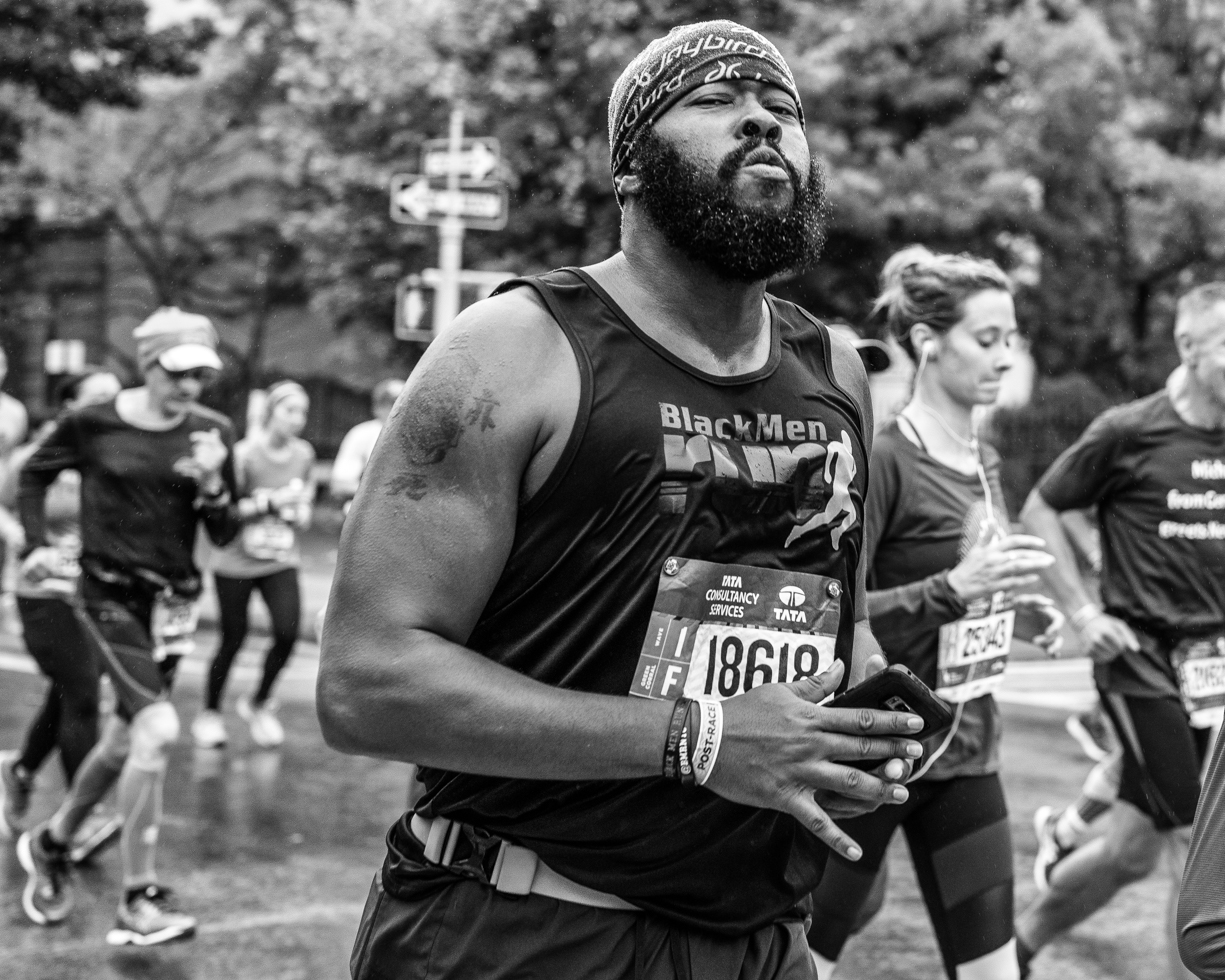 DETERMINATION
Being a man of my word I couldn’t back down and I had to set an example for my children – “If you say you’re going to do something, DO IT” and “Always finish what you start.” During 2015 I trained for and participated in the 9+1 program in order to qualify for the 2016 TCS New York City Marathon. Along the way I documented my journey via various social media platforms (#RickRunsNYC) and to my surprise the response/support that I received was shocking. Of course your friends start with “What are you running from?”, which was followed by “Run Forest Run.” It didn’t take long for my friends to realize that this had transitioned from just a challenge to a healthier lifestyle change for me . Their continued support was overwhelming and the comedic jab “Run Forest Run” became few and far. I had finally found a sport that gave me the most satisfaction, fed my competitive nature with a full on crowd of strangers cheering you on every step of the way, and all while becoming a healthier individual. I wouldn’t have been able to do it without music either. Music helps me get through my runs and greatly influences my pace. I usually start off with something slow then I kick it up a notch with each song until there is a full on party going on by the time I get to the finish line. 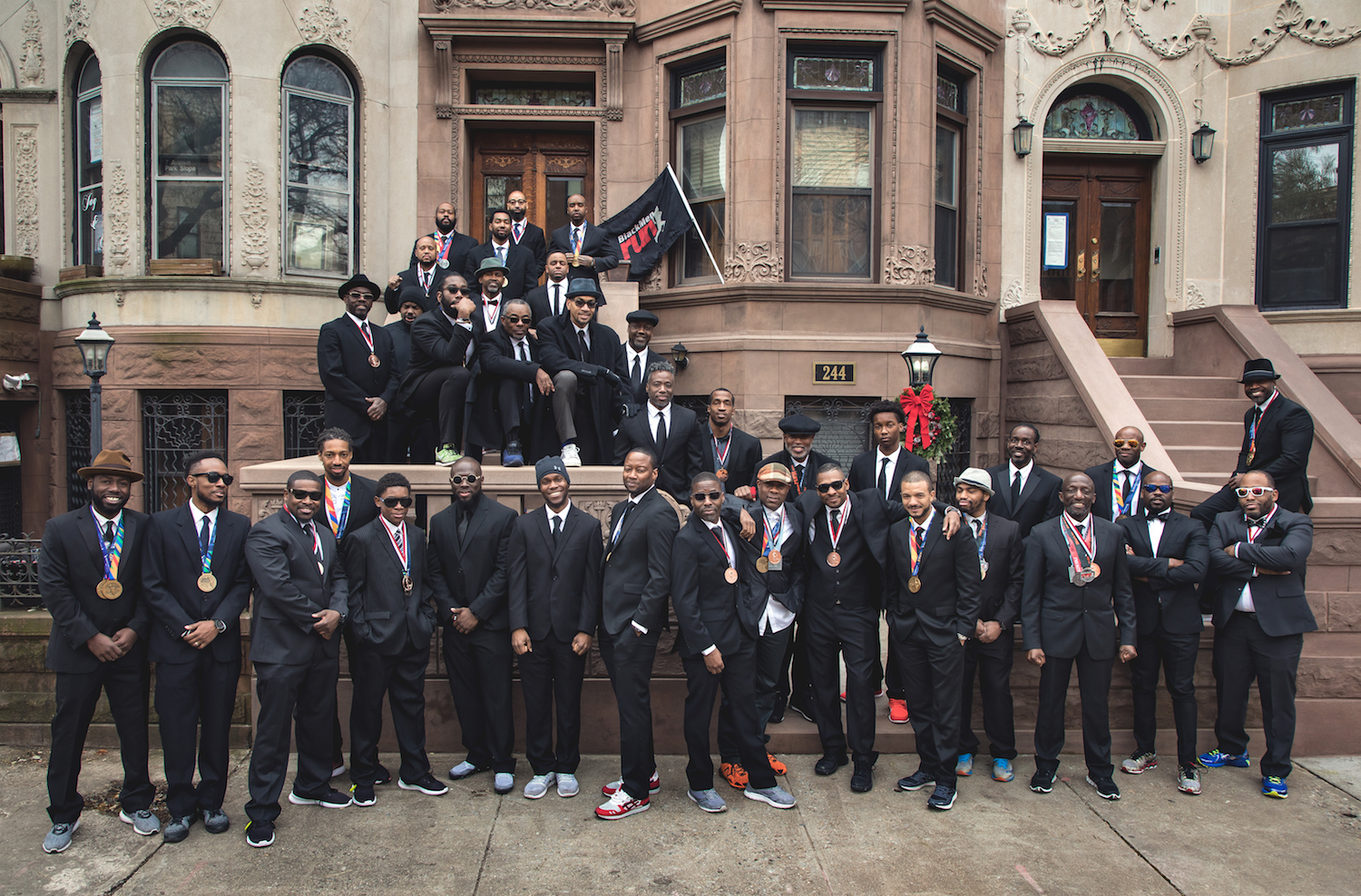 A HEALTHY BROTHERHOOD
After qualifying for the NYC Marathon and during the second leg of the journey to my first marathon, where I needed more motivation, my friend Michael Lewis introduced me to Black Men Run (“BMR”). I am not going to lie, I was reluctant at first, but with a little coaxing (and background checking) in May of 2016 I came out for my first “Sunday Runday”. The motivation, camaraderie, and accountability, through the motto “No Man Left Behind” displayed by this group of men during that 1.5 hours of training made me realize that this is where I wanted to be and the support system that I needed to get me over the hump and to the finish line – and it’s free…sign me up! BMR is a global (yes we’re in Europe) run group whose mission statement is “To encourage health and wellness among African American men by promoting a culture of running/jogging to stay fit resulting in ‘A Healthy Brotherhood’.” I trained for a little over 5 months with my brothers for the run of a lifetime , I was guided by the wisdom of veteran runners as well as through the run regimen provided by our run coach and captains. 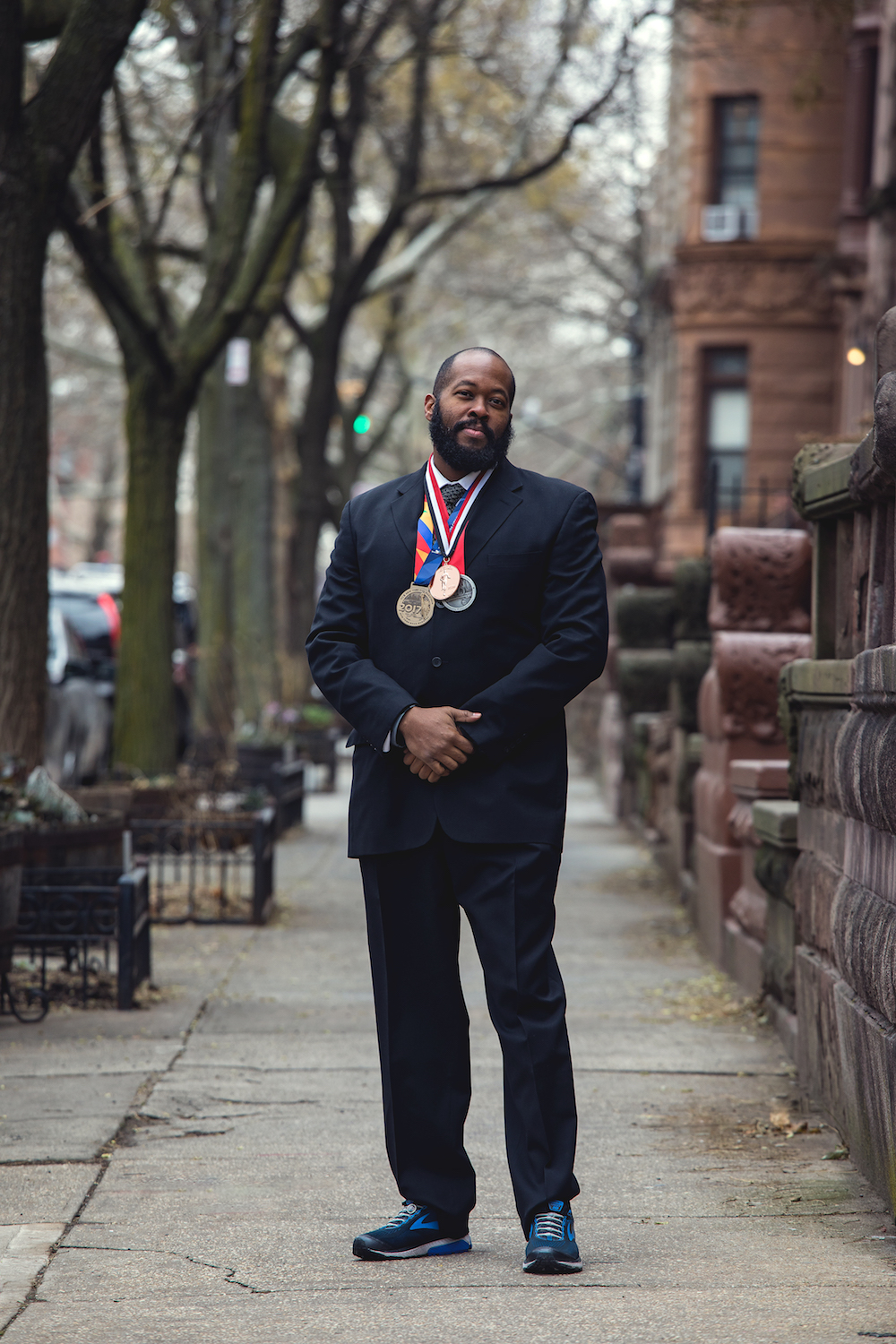 GOALS GOAL GOALS
On November 6, 2016, after running across 5 bridges, through 5 boroughs, and 26.2 miles for 4 plus hours I became a MARATHONER – part of the 1% Club! It was at the moment I crossed the finish line that I realized my running had just begun. Along my run journey I met some very inspiring and awesome individuals that have accomplished amazing things in the running community. It also seems that I became an inspiration to others as well. The combination fueled me and I developed new goals, one of which was not my own but none the less I set out on a quest to help my BMR brother, Mike become a Rock ‘n’ Roll Marathon Series Hall of Famer. How do you become a hall of Famer you ask? One must do 15 marathons or half marathons within 1 calendar year from January to December. This would be my biggest challenge/commitment yet. After 15 cities in 12 states and 2 countries Mike and I are in the Hall of Fame. The series was less about the medals (there were many) and more about the people we met, relationships we built (shout to the RunFam) and memories that will last a lifetime. 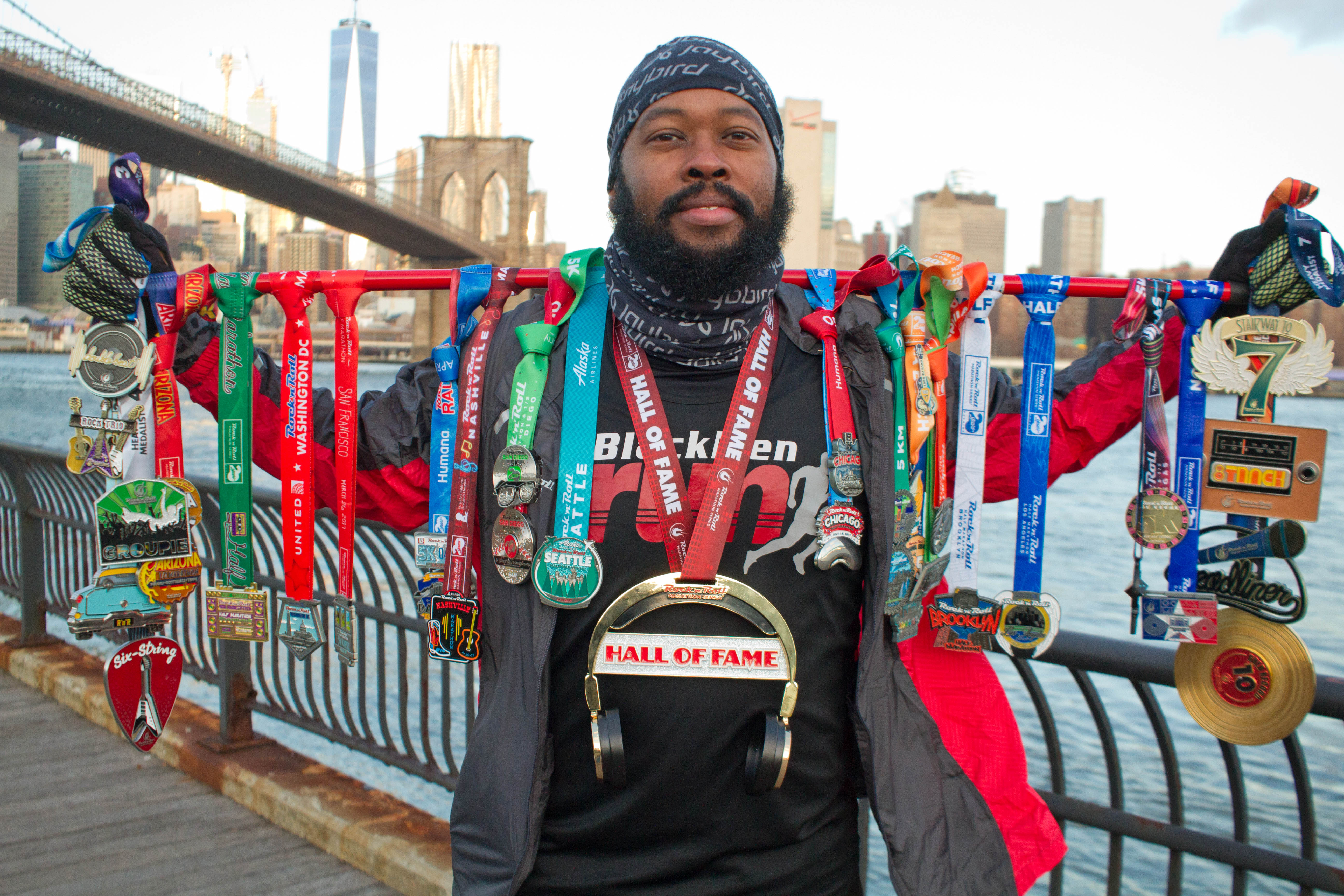 My accolades to date are approximately 62 races with 634 race miles (give or take a few). The highlights thus far are: 2016 TCS New York City Marathon; 2017 Bank of America Chicago Marathon; 2017 TCS New York City Marathon; 2017 Rock ‘n’ Roll Run Series Hall of Fame; and the 2017 St. Jude’s Memphis Marathon. 2017 was a great year in my running career, and honestly, I’m not sure yet how to top it, but I know I’m not going to stop as I have my eyes set on the prize: all of the Abbott World Marathon Majors and to become a Six Star Finisher!

Check out Black Men Run’s playlist of the week: