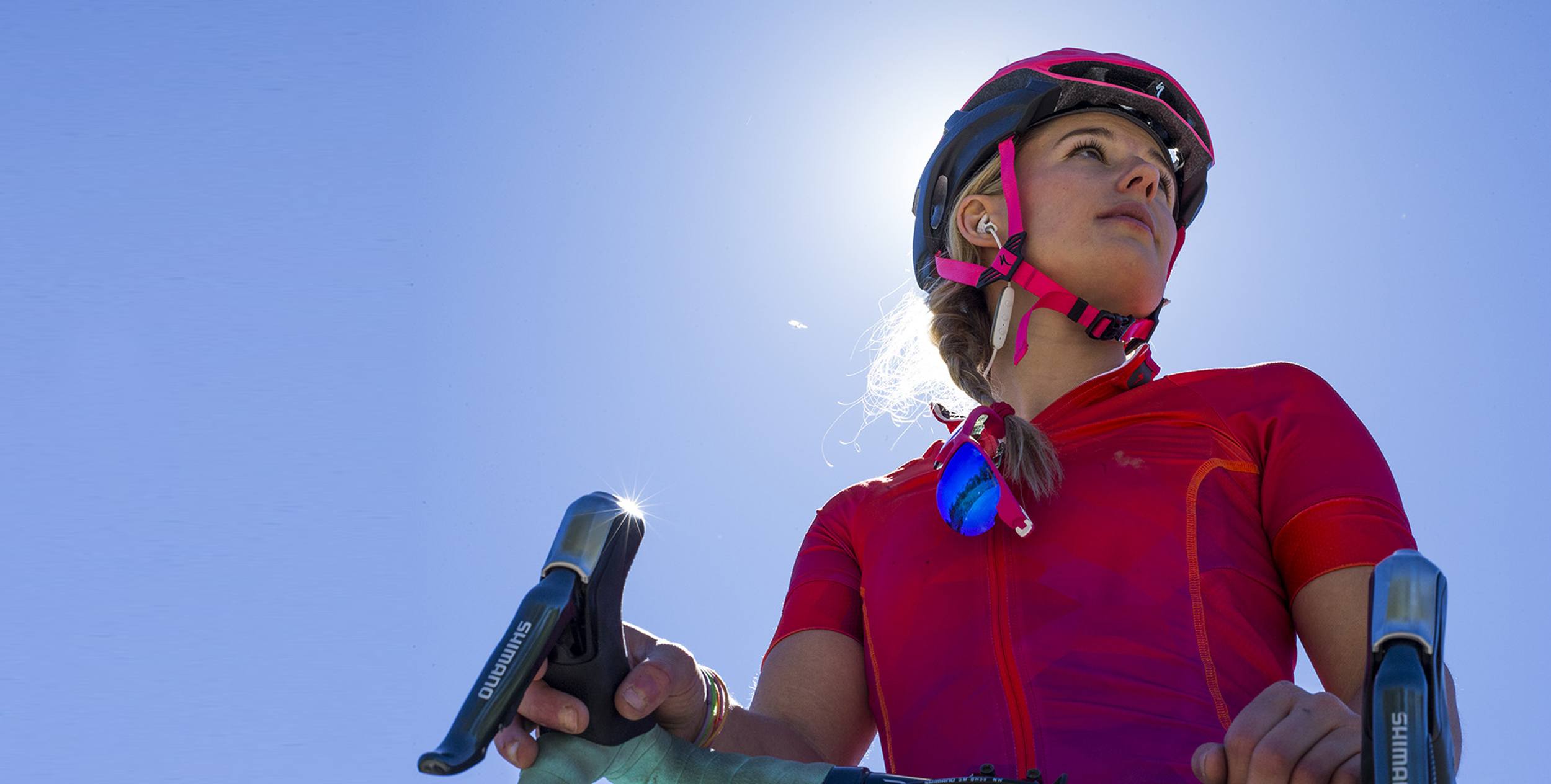 It seems like with just a blink of an eye, summer is over (which, as a professional ski mountaineer, I’m not too sad about). I strive to be balanced as an outdoorswoman, and pushing myself in the summertime makes me appreciate winter even more.

Looking back, here are my top ten highlights from summer 2016.

Riding my bike for 100 miles was one of my big goals this summer. And the way I completed the goal was unintentional – I was on a two week road trip across the Canadian Rockies, equipped with road bikes, climbing and camping gear. On Canada Day, we were staying in Canmore, and I suggested we ride our bikes to Lake Louise for lunch. I did a quick look on the map to determine the mileage. I didn’t look long because I was eager to get going, but I thought the ride was around 40 miles one way (so 80 miles total). We set out on one of the most beautiful stretches of mountainous road I’ve ever seen, starting with a bike path and then going on to a two way highway. In the forest, we saw a grizzly bear. It was my first grizzly bear sighting, and I was thrilled to see it while on this epic ride! After 50 miles, we still had a little ways to get to the Lake. It turned out to be a 109 mile road bike ride. And I enjoyed every moment of it. Road biking reminds me not to fear the past or present, but to focus on the present moment.

9: Getting back on the sharp end after breaking my foot

In fall 2015, I broke a small bone on the ball of my foot. I was sidelined from climbing for awhile, and it was hard to deal with the feelings of inadequacy. One of the highlights of my summer was getting back on the sharp end of the rope after the injury. Injuries can be so difficult to deal with, it’s important to celebrate the progress and healing instead of dwelling on the setbacks.

Timpanogos is a huge mountain that lies just south of my Salt Lake City, UT home along the Wasatch front. It’s more than just a summit, it’s a massif with several of the highest peaks in the Wasatch range along it’s summit ridge. In August, I ran from the North summit to the main summit and down the Timpooneke trail. I love moving fast along a mountain top, and the Timp traverse was one of my favorite objectives of the summer.

6: Backpacking in the Sierras

In late August, I met up with photographer Meg Haywood Sullivan to do a 4 –day 3-night backpacking trip in Yosemite National Park. Backpacking is hard work, and it reminded me how much I love the challenge of surviving in the alpine with just the contents of my backpack.

5: Attending the first Wild Women’s Project in the San Juans of Colorado

In July, I visited a high backcountry hut in Colorado with a group of 16 of the outdoor industry’s most influential ladies – pro mountain bikers, trail runners, backpackers and environmental activists. It was like summer camp for grown up women, complete with s’mores, arts and crafts and yoga. I loved visiting the Opus hut and was so inspired by all the new personalities and mountain terrain.

4: Speaking up for Bear’s Ears

In mid-July, I attended a public hearing hosted by Secretary of the Interior Sally Jewel in Bluff, UT about the Bear’s Ears area, and spoke up, urging for permanent protection of this beautiful area. I visited Mexican Hat, UT, Valley of the Gods, and Gooseneck State Park during the trip, and fell more deeply in love with this part of Southeastern Utah. Attending the public hearing was a way to learn more about all the diverse interests in the land, and it was an experience I will never forget.

This year’s summer solstice also happened to fall during a full moon, and we planned to be on Bugaboo Spire during that time. It was also the 100 year anniversary of the first ascent of the Kain Route, which is the route we attempted. The Bugaboos had had an abnormally warm spring, so climbing had been in good condition in the weeks leading up to our trip. Right before we got there, it snowed three feet and buried the route. Instead of cancelling the trip, we decided to go up anyway. It was slow going through the snow and rock, and we didn’t summit, but we had the whole park to ourselves, and spent the entire day experiencing the mountain in all its glory. Needless to say, I can’t wait to go back to the Bugaboos!

2: Taking my two year old nephew to the climbing gym

When my nephew, Peter, came to visit, he showed interest in climbing up and down a ladder in my mom and dad’s library. To encourage him further, I took him to the climbing gym. It was challenging teaching a two year old how to climb, but I’m delighted to pass my love of climbing on to the next generation.

1: Overcoming my fear of mountain biking and getting back into the sport

When I first moved to Utah fifteen years ago, I spent a lot of time trying to learn how to mountain bike. Maybe it was partly due to not having a properly fitting mountain bike, but I fell all the time, and eventually quit. This summer, I decided to pick it back up to round out my summer training repertoire. Being so much higher off the trail, combined with the speed and exposure, has always terrified me, but I went to confront my fear, and had a ball doing it. Sometimes it’s good to revisit those things that scare you.

That concludes my summer recap! I’m grateful to be able to participate in so many different mountain sports – I find that variety is the best thing to preventing a plateau in my training!

Top Ten Reasons to Get on a Road Bike This Summer 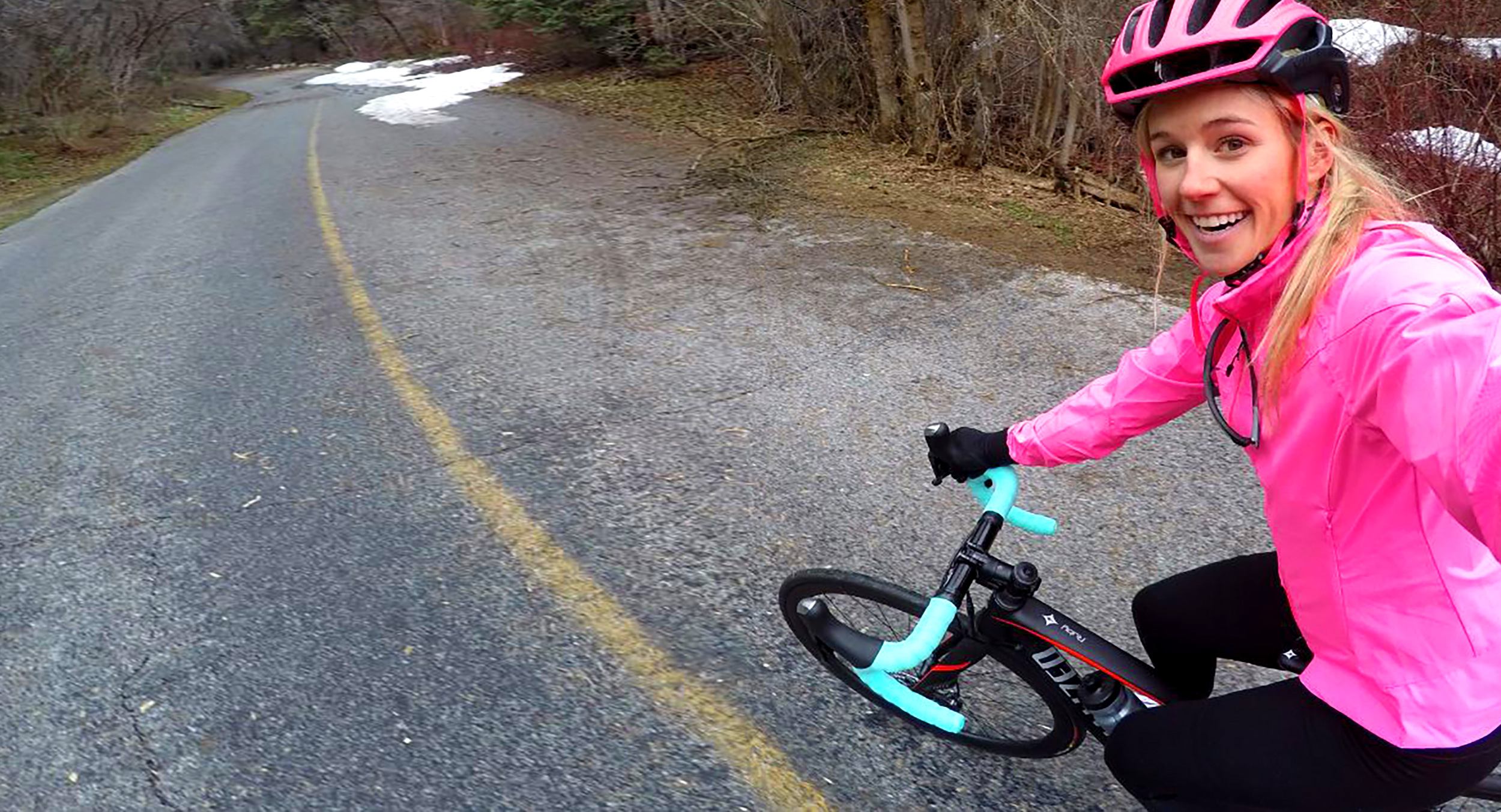 Lately, I’ve been discovering the joys of road biking around my home of Salt Lake City, UT. I’ve never been a serious road biker and it’s a whole new world to me that I didn’t fully understand until immersing myself in the sport. Now, I’m hooked and I want to encourage everyone to try it out! Before I got my own bike, I demoed one from a bike shop to get a sense of it. May was national bike month, but I think every month of the summer can be a good month to ride.

Here are my top ten reasons to get on a road bike:

Have fun and be safe out there! 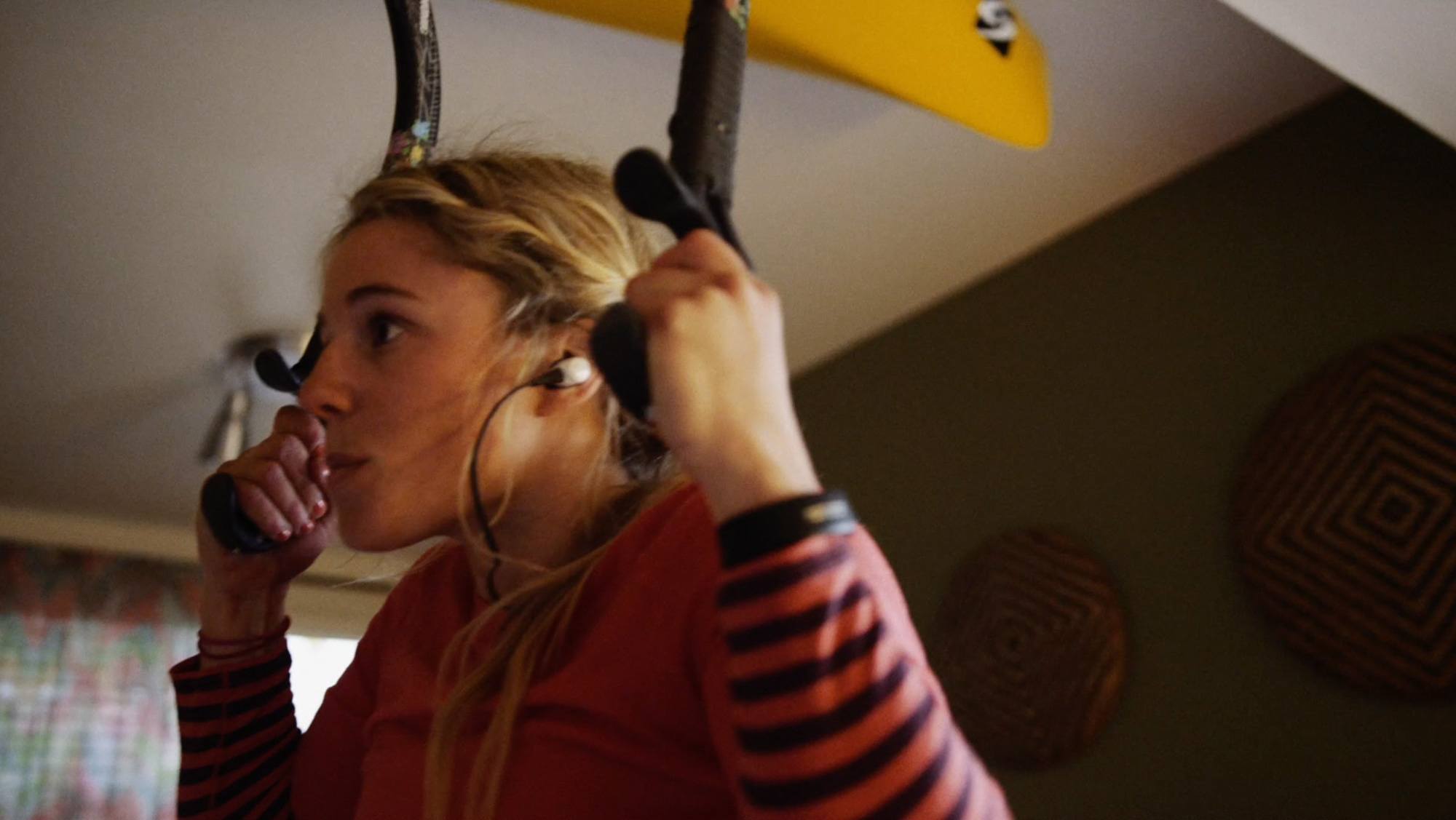 One of my coaches once told me, “There’s no such thing as overtraining, there’s only under-recovering.” If you’re training hard for an event or for an expedition, it’s sometimes hard to tell the difference between tired, heavy legs that will re-energize once warmed up and the deep aches of needing a day off. How do you know when to push it and when to pull back? I think every athlete strives to learn how to better recover to maximize training sessions. What I’m learning is that it takes a lot of self-awareness to be able to train and recover for maximum benefits. Here are some of the things I’ve learned:

These are just a few tips I’ve learned and I hope they help you achieve your training goals!

How to be a Pro Skier

There are many ways to become a professional skier, even if you didn’t grow up skiing competitively. Below, I’ve listed some things that I’ve learned in the dozen years I’ve been pursuing this profession. This isn’t the only way to fund your dreams, but I’ve found it’s what’s worked for me.