The Code – A Farewell To Winter 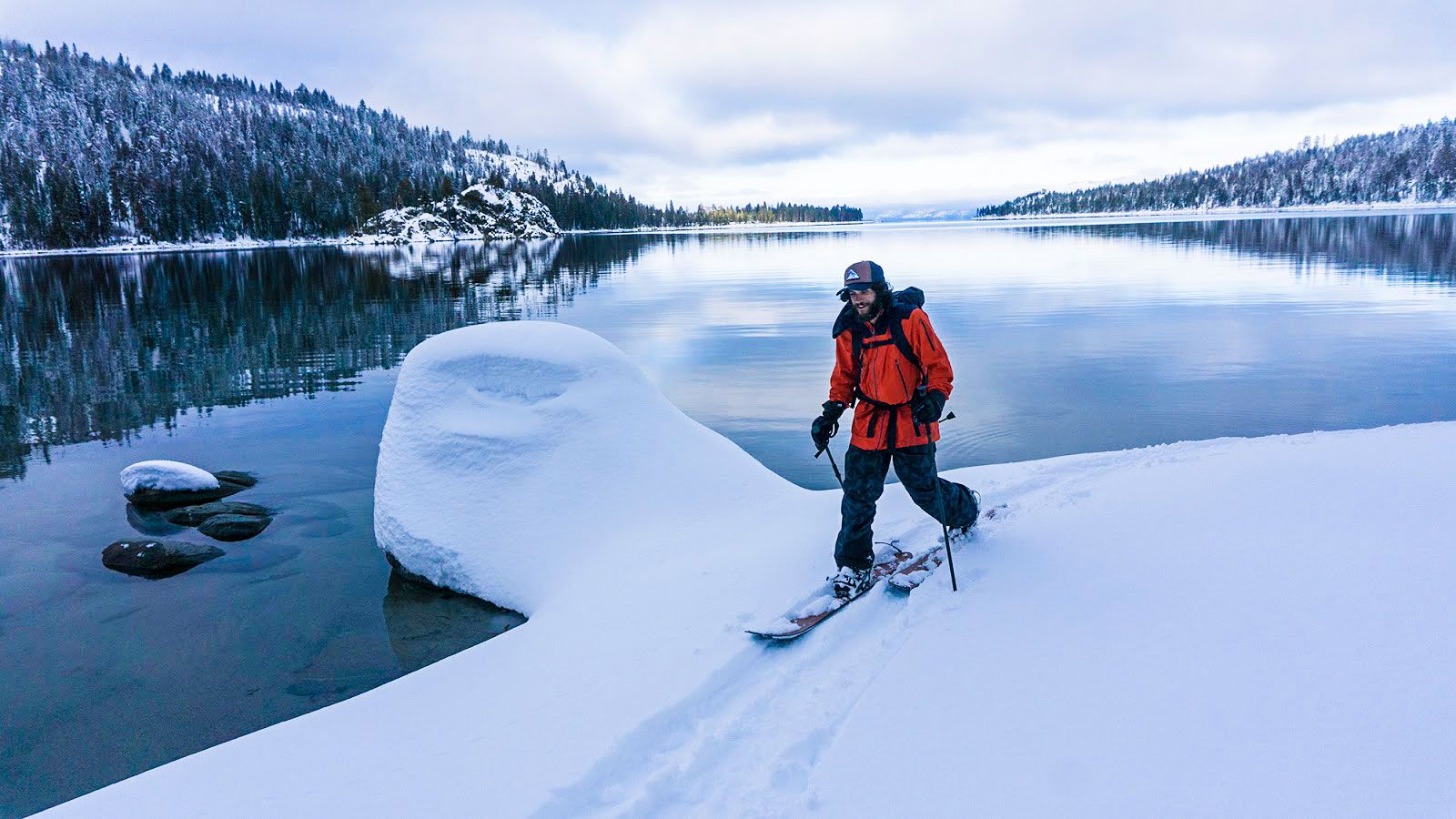 Never leave powder for powder. It should be as simple as that, right? Saying it out loud, it makes perfect sense. Why would I leave home during a monumental storm cycle that is about to hit? That was my mindset entering this opportunity to shred in Canada.

Tahoe locals said they haven’t seen it like this in years, maybe ever. The stoke is high. As the snowfall slowly started to increase in intensity, I was invited last minute on a trip to a new mountain range I had never been to with a great crew of friends. This was clearly an amazing opportunity. It also seemed as if conditions in the Sierra would be unsettled in the backcountry for the foreseeable future. I didn’t buy a season pass this winter, so the majority of my riding is done via splitboard. As the avalanche danger rose to extreme for all elevations, I agreed to the trip and booked a flight departing in three days north of the border. Perhaps it’s the internal desire to seek fresh experiences, the allure of riding in a new place is always present. It’s always difficult for me to turn down an invitation.

Jeremy Jones on my Petran board from Turkey.

Several days pass and snow accumulations have met and surpassed the forecasted amounts. Snowpocalypse, Januburried, Snowmageddon. Several names for this colossal storm have been circulating throughout town. We lost power for more than two days and the driveway was completely snowed in, not letting anyone in or or out. There is a looming hesitation about leaving. Unable to contain excitement or hold back from getting in the snow, I pick up a powsurfer from the garage and wiggle my way down the driveway. Luckily for me, Jeremy Jones lives up the street and his backyard connects to a perfect pitch tree run. We are met by snowboard pioneer Jim Zellers for a memorable session riding funky boards with no bindings.

For those that don’t know, “FOMO” is a real thing. The fear of missing out is most prevalent for those of us whose lives revolve around changes in the weather. Scoring ideal conditions requires patience and being in the right place at the right time. Leading up to my departure date, the anxiety of bailing just as the storm of the century cleared out was reaching its tipping point.

Most of the resorts have been closed all week due to obvious setbacks in their daily operations. As the storm slowly began pushing east towards Utah, glimpses of blue skies became visible on the horizon. My good friend and roommate Danny Davis was kind enough to line up a lift ticket for me at Squaw Valley to ride for a couple hours before my flight at 3pm. Waiting in line for a delayed opening, everyone stared in awe and anticipation as ski patrol made waist deep turns on their way down the slopes. I hadn’t even strapped in yet, but something told me I wasn’t going to be getting on that plane in the afternoon.

Into the inversion. Photo: Seth Lightcap

It was a day of purity. Waist deep snow, friends, and manageable lift lines. Lately is has been the crowds, and quickly tracked out snow, which deter me from resorts. This day was an anomaly. Thirty minutes before my flight was set to depart from Reno, I called to cancel. I am snowed in.

The following days provided multiple consecutive best days ever. In less than a week, the avalanche danger went from Extreme to Low on all aspects at all elevations. The temperatures were staying cold and preserving the snow in a state of perfection. We were able to rip lines down to the lake, many of which haven’t been rideable in years. Moving further off the beaten skintrack as the week progressed, I was able to view and ride peaks which I had only seen on Google Earth, until now. As a relative newcomer to the Sierra Nevada, each day out in the field might as well be in another part of the world. I am content with my decision to stay. 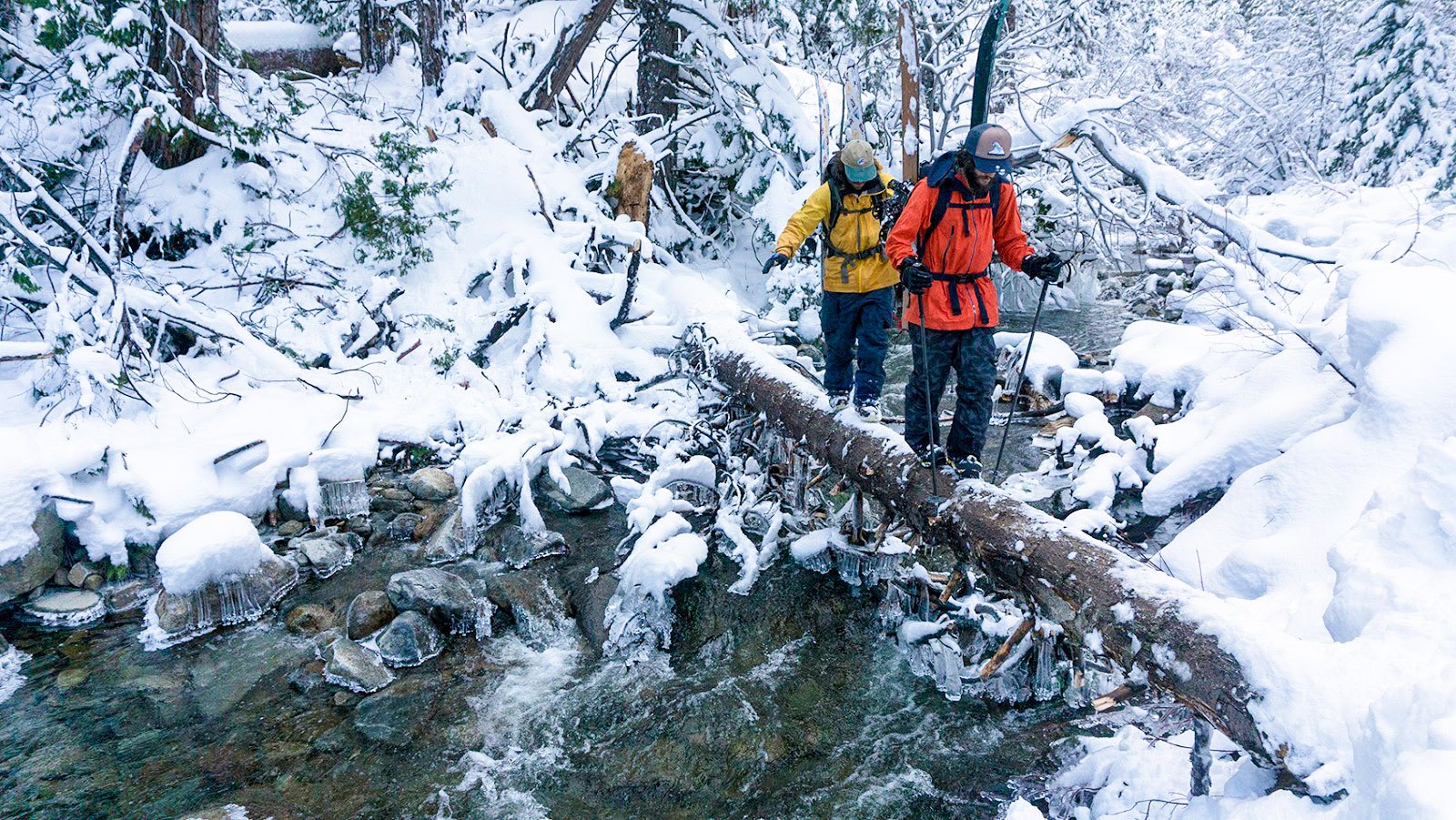 The majority of my days in the mountains are spent walking. This provides hours upon hours for the mind to race outside of immediate surroundings. For the most part, I live in a bubble. My daily stresses are minimal, my biggest concerns are the winds and freezing levels. Splitboarding allows me to step out of my track and into the reality of the injustices and hardships being imposed on our earth and fellow humans living here with us. While I am not on the front lines in a large city, my support lies with everyone on the side of love. 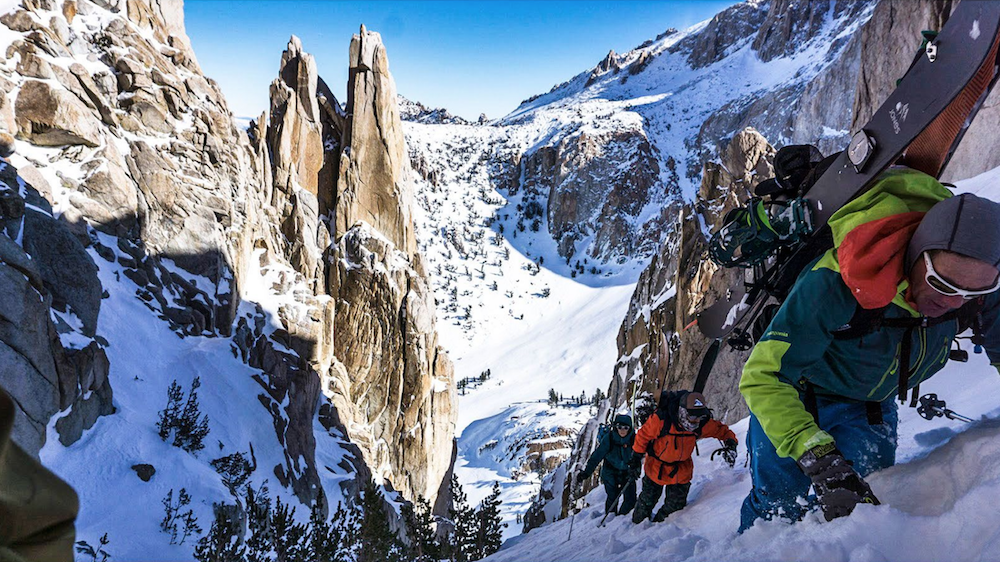 It’s necessary to listen to those gut instincts. The ones that remain rooted throughout the decision making process. Our hearts always know which path to take. It is a road that is driven by intuition and passion. There will be pot holes and road closures along the way. While some detours will be forewarned with notice, others will come out of the night to try and flip you over. We must all remain strong and keep fighting. Read the news, sign petitions, protest if you can and spread awareness to friends and family around the world that we will not stand for evil. 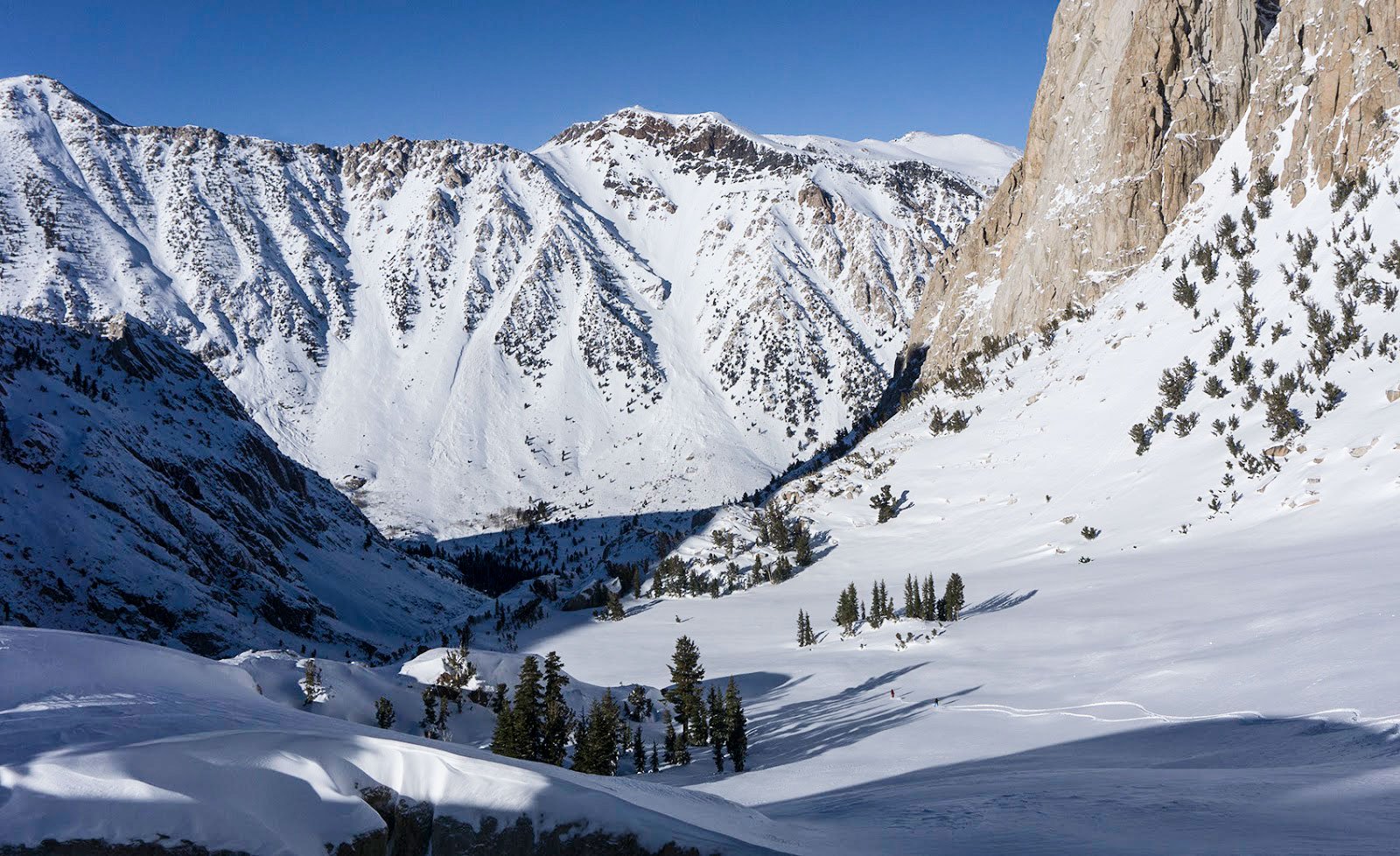 Exiting the cathedral with a long run down to the valley floor. Photo: Seth Lightcap

Information and petitions to help protect our planet:
http://www.sierraclub.org/