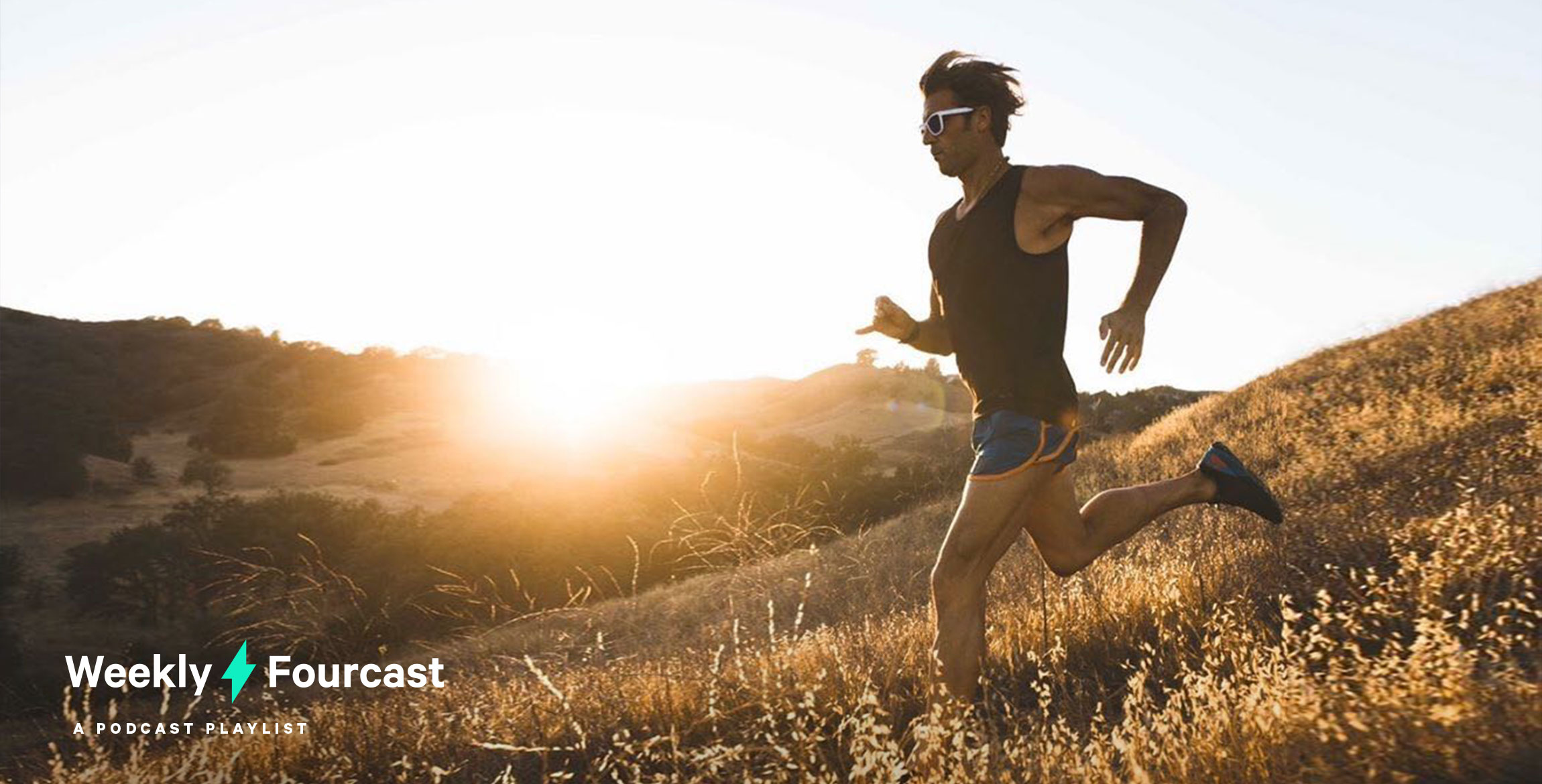 For this Weekly Fourcast we caught up with Rich Roll. Rich is an ultra-endurance athlete and plant-based wellness advocate who has spread his message and thoughtful views on healthy living though several best-selling books and the Rich Roll Podcast, where Rich digs deep with some of the world’s most interesting thought leaders to help people live an authentic, inspired life.

Formerly an entertainment lawyer who struggled with drugs and alcohol, Rich overhauled his life in his early 40s, becoming a dedicated vegan and throwing himself into running and swimming. Just a few years later, he not only became the first vegan to finish to legendary Ultraman race, he finished in the top ten.

In May 2010, Rich and Jason Lester accomplished an unprecedented feat of endurance by completing the EPIC5 challenge—an Ironman-distance triathlon on each of the five islands of Hawaii in under a week.

Rich’s plant-fueled athleticism has been documented in books and magazines around the world, and he’s been named as one of the “25 Fittest Men in the World” by Men’s Fitness.

“Pushing boundaries and colliding with the razor’s edge of capability reveals character. It demonstrates our almost unlimited capability by tapping into the reservoirs of hidden potential that reside within us all.”

You gotta plug your own stuff, right? John’s arc from notorious career criminal serving a life sentence, to breaking indoor world rowing records while incarcerated, to becoming a free man and Nike-sponsored Ironman triathlete is one of the most impactful and inspiring stories of redemption I have ever heard in my life.

Although I can’t say I listen to every episode of this show, the episode with Naval was one of the most impactful conversations in recent memory. His clarity of thought on the principles that drive decisions and life should be required listening in all schools.

Alex and PJ bring fun to the far corners of Internet culture in this super entertaining show. The “Long Distance” series is a super engrossing tale of what happened when they travel to Dehli to investigate a scam call from India.

Under The Skin With Russell Brand, #80 Meditation and Genius (with David Lynch)

A friend and former guest of my show, I just love how Russell thinks—and articulates his thoughts. It’s a poetic hot mess that always leaves me hopeful.

The Weekly Fourcast is a series of curated podcast recommendations from our athletes, ambassadors and employees. Every week, we’ll drop a new list of four shows and episodes that you need to hear, direct from the Jaybird crew—the perfect audio fuel for the week ahead.